Installations > Sweat Tunes, Presented at ANGORA 2.0, April 12-26 2008, at an abandoned building store in front of the Town Square of Caguas 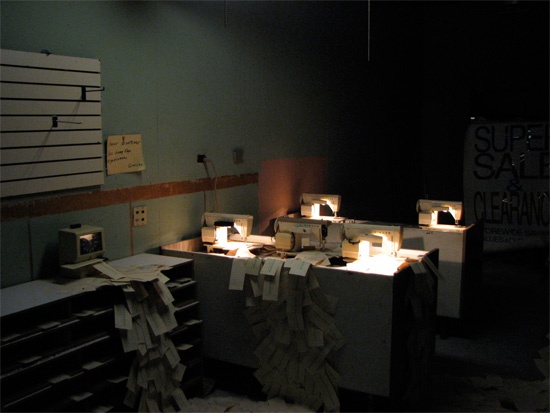 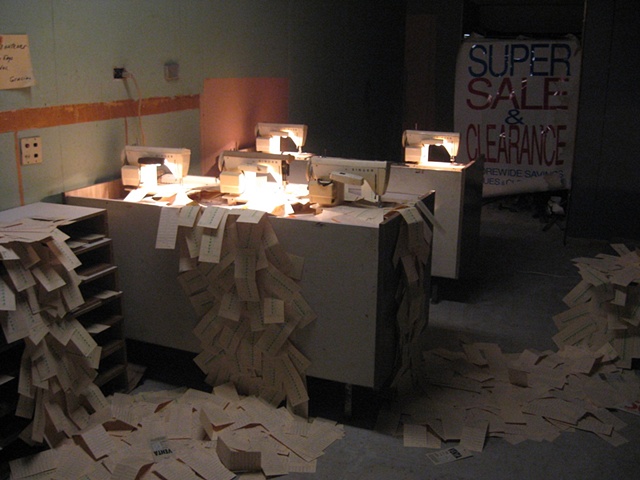 Angora was an ad hoc event designed to attract the masses during Circa Art Fair '07 and 08'. It was also a promotional vehicle for the city of Caguas to claim its stronghold in the Puertorican art scene over the capital city of San Juan. Included in the exhibition were 28+ young artists in all disciplines, mostly undergrads from working collaboratively, sharing space, materials and sometimes invading peers artworks and installations. No list of works was available which adds to the element of surprise, sense of community and reluctance to address the art market as savior during the circus that was Circa. Keep in mind the exhibition was meant to have a living cycle of 24 hours and my limited photos won't do the experience justice. In all Angora was a monumental enterprise that defined the coming of age of a generation of young artist-The Scenesters. It also redefined the idea of alternative spaces for a new generation of viewers and art professionals accustomed to too may rules in mainstream galleries.

[Taken from "Angora 1 vs Angora 2 (When the Scenesters Triumph)" by Pedro Velez] boxscoreendivselpuebloylacultura.blogsp…